So Mad Men is ending, and by no means will this become a weekly occurrence, but last night’s episode was so classic and brilliant I can’t get it off my brain. I’ve thought of blogging about Mad Men – but I read so many other blogs that kill it, I didn’t even want to try. (My favorite; Tom and Lorenzo)

Reasons why I love Mad Men;

1. It revolves around advertising
2. It’s a history lesson (in more than one way)
3. The characters are amazing
4. Roger Sterling
5. Last night’s episode (The Forecast)

Favorite moments from last night; Sally’s reappearance. It’s about time she showed up in this last leg of the season, although from the looks of it we won’t be seeing her that often for the remaining four episodes. With Sally’s return came some great highlights; including the return of Glen Bishop, who not only fabulously rocked the 70’s side burns but was the same boy he’s always been; disappointing his mom and step-father and head over-heels for Betty. Not to mention, neither Betty or Sally had any clue of the others “relationship” with Glen, Betty proclaiming; “You’ve kept in touch all these years..” Despite Sally’s weak freak out over Glen’s news, she ended the night with a bang when she let Don have it before she left on vacay. I could tell during the restaurant scene, it was coming – another woman in Don’s life calling out his flaws.

I loved that we had some more Joan time last night, although her typical Joan swagger was a little off.  She’s not the type to fall in love so quickly, but we were proven wrong.   The pre-show scenes recapped Joan telling Bob Bensen, “I want love” …do we think Joan might’ve found love?  I am not so sure; his outburst and her remark to leave her son don’t show as promising characteristics these two bring out in each other. 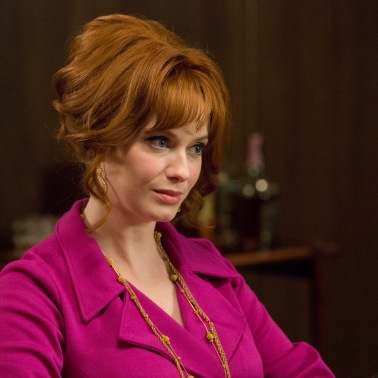 Last but not least, this episode left us guessing… still.  From the looks of it Don really doesn’t have much of a future in sight – which makes me think again maybe the series will end with his death.  I half-serious/half-jokingly tweeted after last week’s episode that Matthew Weiner is trying to make us hate Don (mainly because of his pathetic obsession with Diana) so that when he does die, the viewers won’t be mad. But I also know it can’t be that easy. The last scene of the show last night was so symbolic and the second time an episode ends with Don is in a blank space, alone, with nothing.

What’re your thoughts on Mad Men so far?